5 Things You Need to Know About Pest Control

10 Pro Tips for Hiring Top Talent for Your Company

Top 6 Careers You Can Pursue With an Education Degree

Whether you grow plants commercially or are a home gardener, chances are you’ve heard of hydroponics. While hydroponic systems are not a new concept, modern technology has meant that it’s become more effective and powerful than ever, allowing us to grow more with fewer resources.

In essence, a hydroponic farm is when plants are grown without the use of soil. Instead, water is used in its place with added solutions that provide easily accessible nutrients that are needed for the plant to grow and thrive. This can include nutrients such as potassium, calcium and nitrogen, although this all depends on the type of plant being grown.

There are many different benefits of growing hydroponics, whether you’re growing large-scale commercial crops or a veggie patch in your backyard. Below, we’ll explore some of these benefits and how hydroponics can revolutionise the way we grow plants.

While you’d be forgiven for assuming that hydroponic systems require more water than plants grown in soil, this couldn’t be further from the truth. Hydroponic plants can be grown with up to 98% less water than they would in soil, making them extremely beneficial for the environment and water conservation.

This is because when plants take in water through their roots, only about 0.01% of it is actually used by the plant itself, as most of the water is released into the air due to evapotranspiration. With hydroponics, recirculated water is used that allows the plants to only take what they need and return the rest back into the system. 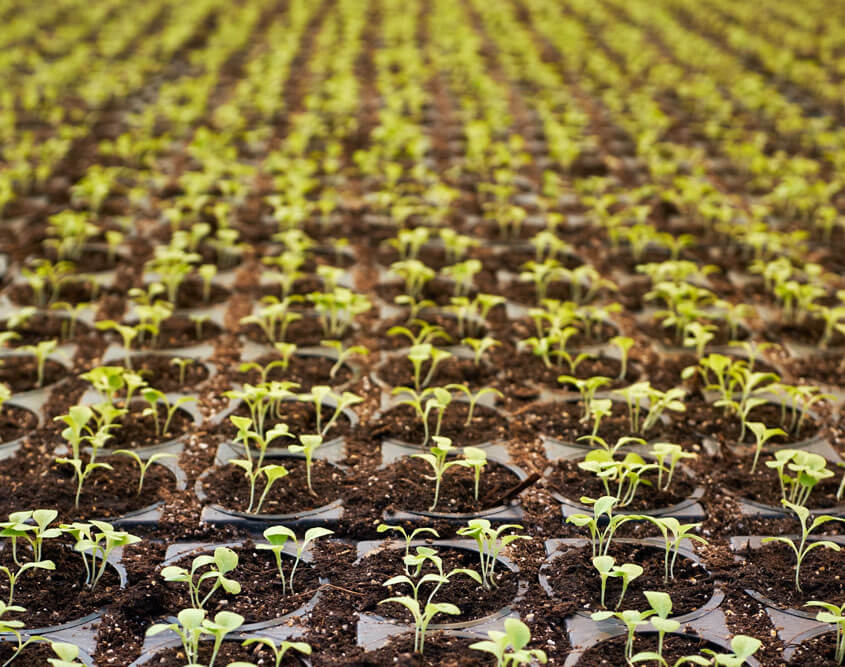 Another benefit of hydroponics is that they save a considerable amount of space, helping contribute to their smaller footprint. This is because plants grown in soil need to be sufficiently spaced out from each other so their roots can spread and find all the water and nutrients that they need.

In hydroponic systems, plants have all their nutrients delivered straight to them so their roots no longer need to spread out. This means that you can grow more plants in a smaller space, boosting your capabilities while minimising the water, space and money you need to do so.

No need for soil

As we’ve made clear by now, hydroponics are grown without soil. As the world is quickly losing its supply of workable soil due to erosion, compaction, nutrient degradation and more, it’s more important than ever that we preserve the soil that we have left while still being able to grow and produce enough plants and crops.

Another soil issue is that its quality varies from one location to another, and many plants grow better with certain types of soil. This makes it difficult to grow certain types of crops in certain areas, limiting what can be grown using traditional methods. With hydroponic systems, soil isn’t part of the equation so farmers can grow whatever they please however they please despite their location and the soil that they have access to.

Also, as most hydroponic systems are grown inside, pests are less likely to infiltrate them and you won’t need to use pesticides either.

Crops grown in hydroponic systems receive the perfect amount of nutrients and water, and as they are generally grown indoors they have less stress caused by threats such as weather and pests.

This allows them to grow up to 50% faster than they would in soil, aided by the fact that they don’t have to waste their energy seeking out diluted nutrients and can focus entirely on growing larger and faster.

4 Waste Disposal Methods and Their Advantages

The Best Currency Transfers in Australia

Trying to Get a Loan?

5 Things You Need to

Top 6 Careers You Can